Versu is an innovative platform for interactive stories. Currently available is Blood and Laurels, a thriller and political intrigue set in ancient Rome. Other games are coming, in other genres, from comedy to romance to young adult fantasy.

Versu focuses on character interaction as its primary form of play. 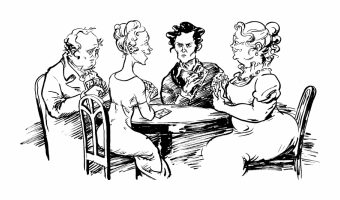 The Versu platform can do rooms, objects, movement, and the “medium-sized dry goods” interaction of a typical interactive fiction engine, but it’s primarily designed for interactive stories about people: how they act, how they react to you, how they talk to you and talk about you, the relationships you form with them. The social landscape in which you act is constantly changing.

Versu uses an AI engine designed by Richard Evans, the lead AI designer for Sims 3, which allows each character in a story (and in some cases a drama manager AI) to act autonomously or be played by a human player.

Because there’s a strong social model at work in Versu, it’s possible to form relationships with characters that the story author did not explicitly create. In play, you can decide you want to pursue a romance or make an enemy, and that outcome can occur even if the author did not write an arc specific to those two characters.

Versu has a choice-based interface, but it’s very unlike standard CYOA.

At any moment in the story, you can choose to act, or wait for others to act. If you choose to take action yourself, you’re offered a set of options drawn from the world model at that moment, from taking a bold stand to giving someone a significant sideways glance. Just about everything you can do affects your character’s opinion of the other characters, and theirs of you, altering the playing field for what’s to come. 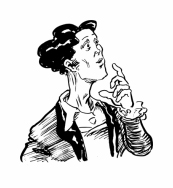 A social model is only interesting for building fiction if it doesn’t make everyone act like identical automata. In Versu, different characters are built with different abilities and parameters — not a handful or a few dozen character traits, but a potentially infinite range of quirks and habits. It is possible to craft social behaviors that are unique to just one character — giving one guy the ability to get under people’s skin more than anyone else, say — or to make a character who hates being in a crowded room.

In addition, because characters are defined as separate entities in this way, they could be transferred from one story context to another, and even cast in stories that weren’t specifically written for them.