Richard Evans is an AI Architect specialising in formal methods.

Richard developed the AI architecture for Versu based on 20 years experience of developing multi-agent simulations.
Previously, he designed the AI for Black & White, for which he received a Game Developer Choice award for Technical Excellence and a BAFTA for Most Innovative Game.

Last year, he gave talks at Oxford, Imperial College, Berkeley, and the Game Developer Conference, and gave keynotes at ICIDS and AIIDE. 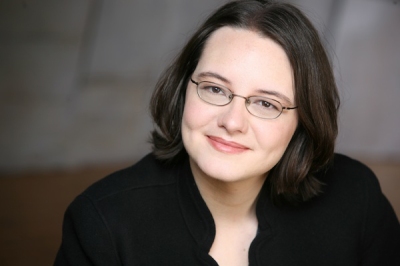 Emily Short is a narrative design consultant with a special interest in interactive dialogue.

Emily is the primary author of over two dozen works of interactive fiction, including Galatea and Alabaster, which focus on conversation as the main form of interaction; Mystery House Possessed, which creates a mystery with a randomly chosen, AI-driven murderer on each playthrough; and First Draft of the Revolution, an interactive epistolary novella. Her more puzzle-focused work includes the critically acclaimed wordplay game Counterfeit Monkey.

She has provided a variety of content creation, world-building, and narrative systems design services for large and small clients including ngmoco:), ArenaNet, and Failbetter Games, as well as finished white-label games for advertising and publishing clients. She is also part of the team behind Inform 7, a natural-language programming language for creating interactive fiction, where she assisted in feature design and wrote over 300 code examples included in the standard manual.

Emily’s work has been exhibited at the Library of Congress and distributed as part of the collection of the Electronic Literature Organization. She has spoken about interactive storytelling at GDC, PAX East, Indiecade, Practice, Inventing the Future of Games, MIT, UC Santa Cruz, the University of Pennsylvania, NYU, Oxford Brookes University, and the University of Passo Fundo, Brazil. She will next appear as a keynote speaker at the International Conference on Interactive Digital Storytelling in Singapore. 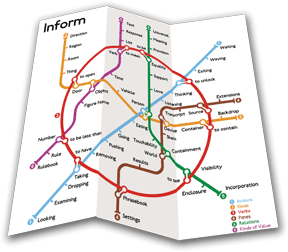 Graham Nelson is the designer of the Inform programming language.

A radical reinvention of the tool-chain needed to make interactive fiction, Inform breaks away from C- or LISP-like languages in favour of natural language, and has for the last decade been the widest-used system of its kind in the world. Though devised for interactive story-telling, Inform has also been used in education, theoretical architecture and a surprising range of other fields. Graham first came to know Richard Evans, the creator of Versu’s logic engine, when Richard was Senior AI Engineer on The Sims 3, and using Inform as a prototyping tool.

As part of the Versu project, Graham is the designer of Prompter, a flexible tool which leverages the power of the Versu engine to create rich narrative stories based on dialogue and scenes.

Based at the University of Oxford, where he is a Fellow of St Anne’s College, Graham has published in the fields of computer science, pure mathematics, literary criticism and poetry. In recognition of his work as a scholarly editor, he is an honorary life member of the Modern Humanities Research Association.